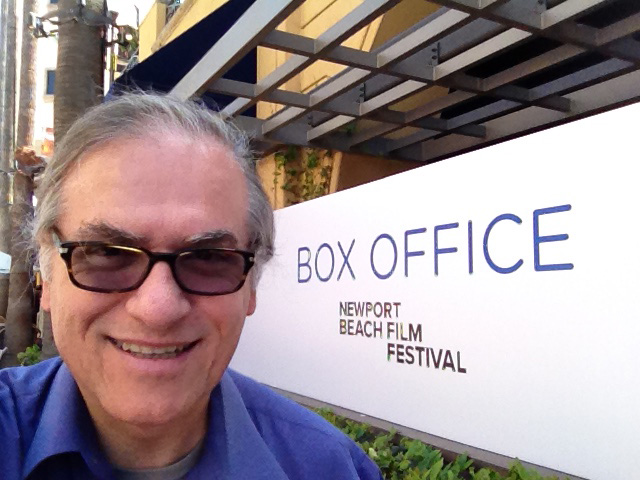 I found myself driving down to Newport Beach this afternoon to attend the Newport Beach Film Festival. The drive down was your typical SoCal freeway congestion which makes you wonder why you ever left the house. Anyway, I arrived alive with just enough time to get my will-call ticket for California Typewriter.

The film is a documentary portrait of writers, collectors, an actor, and one eccentric artist, all of whom remain dedicated to the typewriter as an object of art and inspiration. Among those featured are Tom Hanks, John Mayer, David McCullough, Sam Shepard, and the artist Jeremy Mayer. Ultimately, at the core of the film is the moving struggle of California Typewriter, a typewriter repair shop in Berkeley, California, owned by Herbert L. Permillion since 1981.

at April 23, 2017 No comments:
Email ThisBlogThis!Share to TwitterShare to FacebookShare to Pinterest
Labels: Daily Pages

Sandy and I had some fun coloring Easter eggs today. What I discovered is that drawing on an egg with a white crayon is not exactly easy.

at April 16, 2017 No comments:
Email ThisBlogThis!Share to TwitterShare to FacebookShare to Pinterest
Labels: life of a teacher
Newer Posts Older Posts Home
Subscribe to: Posts (Atom)

This is my first attempt at making an 8mm movie. I found the entire old-school process creative and interesting.

This is my favorite word cruncher.