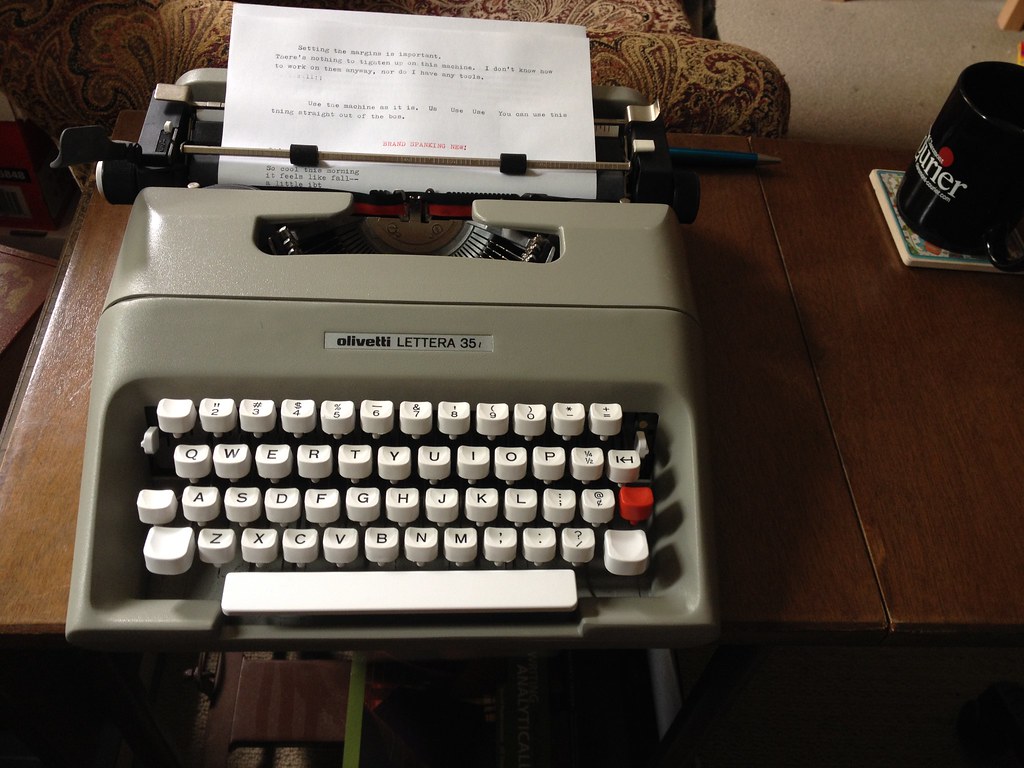 I found an Olivetti 35i on eBay which the seller claimed was brand new, never been out of the box. He opened the box to lake a picture of its contents. But the machine, he claimed, had never been used. I took a chance and bought it, and indeed it turned out to be as the seller described it: brand spanking new. It still had the plastic inserts placed there by the manufacturer in order to prevent the carriage from moving during transportation and delivery. It in fact had never been used. There was still ink in the ribbon (black and red). The only thing I needed to do was place a drop of sewing machine oil on the ribbon lifter (or whatever that thing that lifts the ribbon is called) and it was good to go. I haven't had any problems with it so far and consider myself the happy owner of a new Olivetti typewriter. For someone who's tired of buying other people's junk, this has been pure serendipity.
POSTED BY Tom Fasano AT 11:45 AM

Email ThisBlogThis!Share to TwitterShare to FacebookShare to Pinterest
Labels: typewriters

The older I get the more I look like the poet Robert Lowell. If I could write poetry like Lowell, I'd be set. 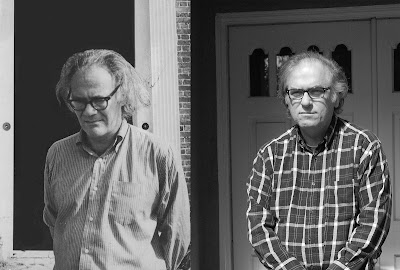 I'll Write You a Letter

Use the Contact Form below to send me a mailing address, and I'll send you a typewritten letter. This is my contribution to the Typosphere.

Get this Recent Comments Widget

Tom Fasano
Tom Fasano lives in California, where he teaches high school English, collects typewriters, and listens to classical music. He is also the owner of a book publishing company.

Popular Posts of All Time